Resistance in Series and Parallel

When the resistance of the conductor are joined end to end, they are called Series grouping.

Let RA, RB and RC are connected in Series and VA,VB and VC be the voltage-drops in these corresponding resistance and circuit-current is ‘I’ which is constant in series circuit: 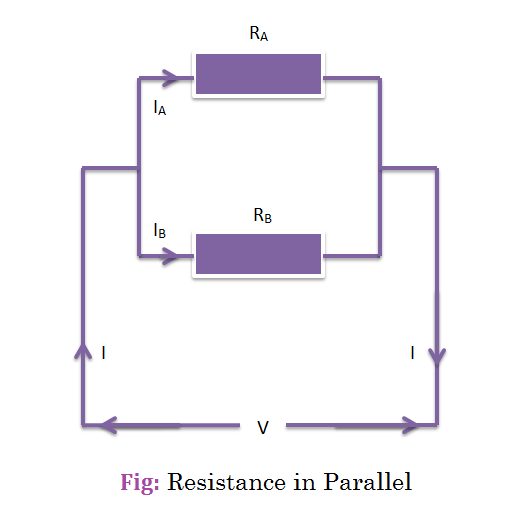 Let RA and RB be the two resistors which are joined in parallel and corresponding current be IA, IB and ‘V’ be the voltage applied across each resistor and voltage is constant in parallerl circuit.