The 8085 has 8 pins AD0 to AD7 for data transfer, which are multiplexed with a low byte of the address. The 8085 provides a signal ALE (Address Latch Enable) to demultiplex the low byte address and data using an external latch. The demultiplexing of address and data lines in 8085. The pin configuration diagram of the 8085 Microprocessor is given below: 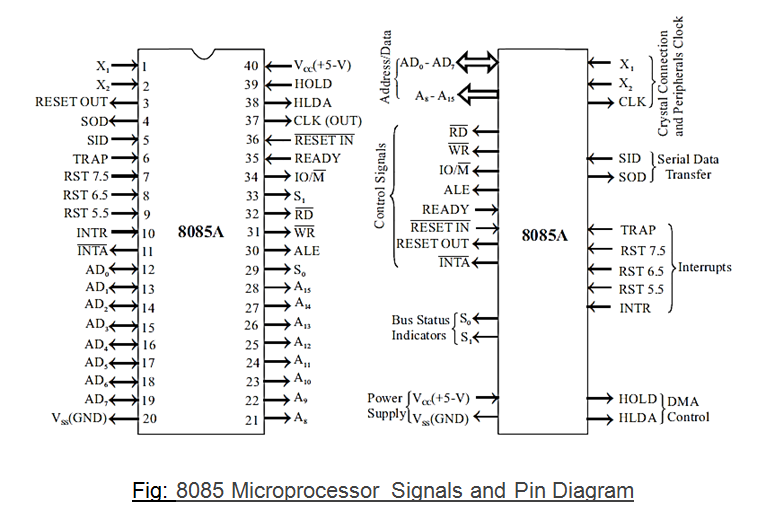